A European looks at Uncle Sam. 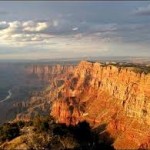 We are back form our holiday in South West US. We were traveling around in a small RV and had a wonderful time. The scenery was awesome and the people generally were very friendly. The entrance fees for the National Parks are very reasonable, especially when one buys an annual pass. The campgrounds were very pleasant with picknick tables and fireplaces on every spot.

Americans generally seem to have the most strange ideas about Europe, about foreign countries in general. They seem to think that Americans are the best people of the world; the rest is somewhat inferior. (Of course this is not politically correct thinking, but it shows nevertheless). Furthermore they don’t know much about foreign countries. Many don’t know the difference between Denmark and Holland for example, let alone that they know were these countries are on the globe (Africa or Asia maybe?). Because they aren’t secretive at all about this I feel for once entitled to say something about my impression of the United States and the Americans.

Generally I like and admire the country. Wonderful scientific and cultural developments come from there. Most Americans take responsibility for their lives and don’t whine. And always we see people of great courage protesting and standing up against injustice and wrongs. In a way I even like the extremities in Las Vegas. 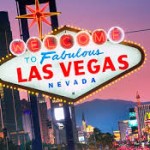 Having said that I see a some things that I do not understand or dislike. The enormous differences in wealth. The incompetence of the American Congress. The omnipresence of weapons. The gigantic extent of obesity that we saw in Las Vegas. Sugar in almost all food products, even bread. Racism and discrimination, in conflict with the Constitution (that happens with us too, however).

When you get into trouble and become dependent on medical or other assistance, the Americans know about charging. Once, after 200 miles with four dismantled gas stations, we ran out of gasoline and had to pay a service fee 0f $ 180 for two gallons of gasoline (plus $ 10 for the gasoline itself).

One of the most serious problems I see  is the extent in which American parents control their children. It seems that nowadays children aren’t allowed anymore to go independently to school or play in a playground. They have to be accompanied by their parents all the time, even in quite and safe neighborhoods. Otherwise the parents will be accused of irresponsible behavior, or even punished by law. How in a country that says it adores freedom can children grow up into responsible and autonomous people this way? This in my opinion has an enormous impact on the cultural and political climate. And talking about climate: how come that the US, having the by far the largest CO2 emissions per capita in the world is so reluctant to take radical action to limit global warming? Is money really more important than a future for our children?

But in one aspect the US are far ahead of Europe. If in the US a state gets into financial trouble, like Ohio and California in the recent past, the US have a mechanism that prevents a total collapse of that state. In that case the remittance of money of such a state to the Federal budget automatically diminishes. But the contribution of the Federal Government to the state concerned stays the same. So there is an inbuilt mechanism for the state to recover. If we had something like that in Europe, we wouldn’t be in so much trouble with Greece as we are now. But we don’t choose for that, because no nation wants to give put their sovereign power or is solidary enough to support their weaker brothers. 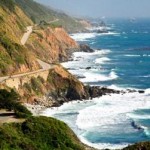 So the US and Europe both have their good and not so good things. Democracy is rooted in both continents. I hope in the future we shall work together on a peaceful and sustainable world, instead of castigating each other. Therein lies my hope for the future.