One of the internet miracles: Google Translate.

September 2013 I started this series of blogs, and since then I published about 200. My motivation to write them was to make a difference, little as that may be, in this confusing and divided world. In the course of the years I discovered a second motive: I used the blogs as an outlet for emotional states of mind  like (moral) indignation, anger or even fury about the stupidity, selfishness, ill will or pettiness of our leaders and others in the public domain. (Of course I knew better . . . 😉 ). The blogs provided an opportunity to express these feelings in a positive, or at least acceptable way, rather than to suppress them and then express them in a covered way, or annoy my family and friends with my continuous negativity. Because I don’t think my blogs have a great impact, the second motive has become more and more important. Of course it would be better and more spiritually advanced if I didn’t react so strongly to everything I think is wrong; just letting it be – but I am afraid that, as I haven’t learned that up until now, won’t happen anymore in this lifetime. So for the time being I might as well go on with these blogs

However, I stop writing them in English. There are several reason for this. First of all, I don’t think I have many native English speaking readers. Secondly, I now think it is rather presumptuous to have opinions and judgments about what is happening in other countries. I don’t know enough about it and it is not my business too. Thirdly, I am not as capable to express myself as thoughtfully in the English language as I am in Dutch. But the most important reason: Google Translate has become so good, that it is easy for those who are interested to translate my blogs in English/American. The result may not be perfect, but certainly understandable.*)

SO THIS IS THE LAST BLOG IN THE ENGLISH LANGUAGE! And please note: also the announcements of the blogs on Twitter, Facebook and LinkedIn from now on will be in Dutch as well. So, if you want to be informed about my blogs, you either have to go to the website every now and then (I write them mostly once a week), of you have to connect with me on Twitter, Facebook or LinkedIn, and then set the connection on receiving messages.

That’s it for today. Not a very interesting blog for my dutch readers – sorry! Better next week, if I am spared D.V. In the meantime, if you are not a dutch farmer or water engineer **), enjoy the summer!

*) You may have to remove the pictures first, because otherwise the size of the document may too big.

**) We have a long lasting drought here 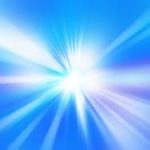 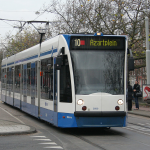 It is strange to see how in economics and politics persistently is hanged on to the idea that people are  rational beings. It is presumed that people take rational decisions, choosing in their own interest, as they perceive it. The scientific disciplines of politics and economics are completely based upon this assumption (the so called ‘homo economicus’ assumption). This assumption however is clearly wrong, as every psychologist can tell you. That is why these ‘sciences’  time and again make wrong predictions about the voting and economic behavior of the public. (Recently there is an undercurrent in economics that has a more realistic approach, be it that this still is composed of a small minority of scientists).

If people make no rational choices, on which basis their choices then are grounded? Their choices are mainly based upon emotions and feelings, partly conscious, partly unconscious. Most of these emotions are labeled negative: fear, inferiority, self-doubt, anger or rage, uncertainty, etc. A few are positive: love, compassion, joy. Unfortunately in many cases the negative emotions unconsciously are dominating.

We can see this on all levels in society. It is clear that those who voted for Trump as president, did so clearly against their own interest, at least over the long term. Although they may have misled themselves, thinking that they were voting based on  their own interest, they clearly did not. The image of their interest surely is distorted by their negative feelings: not being seen, not being accepted, feeling unsafe, etc. 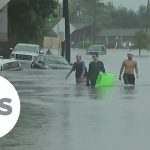 We also can see it on the levels of our leadership. President Trump f.i. certainly is not grounding his decisions on rational considerations, even not so on his own interest (although he may think he does). He denies climate change (will he still do so after the melting of the permafrost or the flooding of Houston?), he wants to build a wall between the US and Mexico, he wants to create jobs, that he cannot create, and so on and so forth. He is basing his decisions on (unconscious?) fear and rage, in an impulsive way. That is why he is so dangerous. He could just launch an atomic bomb – just like that. I always am amazed that there are still people who think you can negotiate with Trump on a reasonable base. One can’t. (If you seemingly have a deal, he always can break it).

But also more ‘normal’ politicians and economist don’t act on rational grounds. They still think a maximum temperature rise of 2 degrees is feasible, which clearly is not so.*) They still think one can control Kim Yung-un, or Erdogan, or Rohani, or Assad. They all will fall, but not by external pressure, but due to the the internal developments in their countries. (Erdogan will be the first. When dictators start building megalomaniac  palaces you know the end is near). One cannot make deals with them, because they too are not acting on rational grounds (that is not to say that you shouldn’t communicate with them).

So we have this beautiful capacity of using our brains, but unfortunately we don’t. It would be wise however if we anyway do use them in our private lives. That is not to say that we should neglect our feelings, but our decisions should be based on a mix of reason and feeling. This is called common sense. In order to be able to do so we have to know ourselves. Work to do!

*) This was already known by those who were willing to  to see it in 2007. See Earth Fever, Living Consciously with Climate Change,  by : Judy Mcallister, Erik van Praag and Jan Paul Van Soest, 2009, page 53.

Do not let me become a channel for darkness.

I want to dedicate most of this blog to a quote of Caroline Myss. Better than she I couldn’t say it.

On Holocaust Day, a fews weeks ago, Caroline attended mass, and there the priest said: 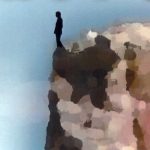 “There comes that time, that moment when we must recognize that we are being called forth to take a stand against injustice. That time is now. We can no longer be silent as human beings – many our fellow citizens – face an injustice that comes painfully close to a time that sent others to their death. Today it is the Muslims. Tomorrow it will be some other group of people. This is how the horror that became Nazi Germany began.” Then Caroline continues:

Many of us have been involved in our spiritual development for years. It’s time to reflect upon what that path means for you. The spiritual path is not about finding happiness and love; it is about developing stamina and resilience. It is about recognizing the truth and standing for principles. From truth comes the capacity to love with courage. Happiness is the result of not compromising your values, of making choices with courage – ones that do not betray your inner guidance. You don’t “find” happiness; you generate it from the essence of who and what you are.

Maybe all the years we have invested in reading spirituality and in inner work has been in preparation for this time right now. Protests are going to happen more and more. Unrest is going to grow. We have anticipated “change” happening. But as has always been the case, we never have control over how that change will happen. The choice we do have, however, is to remind ourselves of what we believe to be the Truth. The inner spirit has infinitely more authority over the physical world than chaos. You need to understand how that authority works and you need to trust Divine authority. And you need to cooperate with it. Fear and anger are poison. Teresa of Avila called these forces “reptiles” that contaminate your mind – tools of the darkness. If you start to believe in “dark messages” from the media, tell yourself that a “reptile is trying to get into your mind.” Pray it out of you: “. . .  Grant me the grace to dwell in thoughts that contribute to the healing of humanity. Do not let me become a channel for darkness. Not now. Not ever. Amen.”
I couldn’t agree more.
Datum 23 februari 2017 Door erik.van.praag Laat een reactie achter