Interesting: the Nile is the river with the most riperian states in the world: 11 (Congo 10, Amazon 8). Potentially the Nile is a source of prosperity, but in fact it is also a cause of war. The suffering in these countries is  hardly imaginable. I recently read What is the What, written by Dave Eggers, based on the life of Valentino Achak Deng, about the wars in Sudan. The suffering and the cruelties  that are described in that book are very difficult to digest. 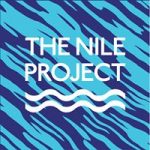 Coming back from  holiday I attended the Holland Festival Proms. This was a wonderful day all over, but the highlight certainly was The Nile Project. A group of about 14 musicians who with their love, vitality and african music ravished the public. With their laments they touched everyone deeply, and one couldn’t stop moving and dancing when they played their exciting rhythms.

Now the interesting thing is these musicians came from all countries I mentioned above. This is what the Nile Project is about: bringing people from all these countries together in peace, love and understanding. They also have an ecological goal; in their own words: “We inspire, inform, and connect Nile citizens to help them collaborate on cultivating the sustainability of their river.” The Nile Project was founded in 2011 and since then organized 143 concerts, 200 workshops, 6 international gatherings, and produced 2 albums. They also organize student programs, and university chapters, community programs and so on and so on. They are networking all over the world. Their methodology is based on the Theory U (developed by Peter Senge, Otto Sharmer, and others).

It is very encouraging that in the midst of deep misery, cruelty and violence, beauty and love always come forward and blossom. Therein lies the hope for this world. This concert moved me deeply and made me very happy.

I never heard about The Nile Project before. This may be true for many of you. If ever you get the chance to watch a performance, don’t miss it. You can also in other ways get involved with the project, see the website: https://nileproject.org/about/

Is het glas nu half leeg of half vol?

The future belongs to those who believe in the beauty of their dreams.

Our economy system is a mess. Inequality in personal wealth is a threat to our democracy and to peace. The unemployment rates all over the world are a threat to our democracy as well. Banks and financial institutions do exactly the same things as before the 2008 financial crisis. (In the London city they are certain that the next crisis is nearby, and this time the governments will not have the money to ‘solve’ it). Economic interests create war all over the place. There is no answer to the question how to grow without aggravating the ecological crisis. There is no agreement among experts about how to solve all these problems. Political parties , left and right, are failing to turn up. We simply DON’T KNOW. In the meantime governments frantically try to promote economic growth to no avail.

Research, both in the US and in the Netherlands show that the vast majority of the well-to-do don’t give a damn. As long als they can accumulate wealth in the short term, more, more, more, they don’t care. This is especially true for the very rich ones (there are exceptions of course). Montesquieu, the great philosopher about the political system and democracy, already said it: ‘Love for democracy is love for equality.’  But in this society another value completely pushes this value of equality aside: the value of absolute freedom, the right to act as one pleases no matter what.

The ecological and  economical problems and the problems of war and peace are all interconnected. No improvement or sustainable progress can be reached in one of these areas separately. What to do?

I think the first step is to make explicit which is the society we want. Not in general terms, but in concrete images and concepts. That we have to do each for him or herself, and then also on a collective level. This issue should be the object of dialog in each school, in each firm, in each political party and in each institution. There should be one or more special think tanks to discuss this matter and to develop a vision. Then the next step should be to develop ideas about how to get there. Then, at last, we probably have assembled enough courage to look at the present situation as it is in all its horror. We then do not have to talk about it anymore in vague, non committing terms, as we do now. And then, probably, we’ll develop the political will to move. Many problems will show itself on our way, but in the end a radiant future then may lie before us.

All big changes of our time started with movements  bottom up: the French revolution, the fall of the Berlin Wall and the Soviet Empire, the fall of the apartheid regime of South Africa, the liberation of India and Pakistan. Then great leaders understood the signs of the time and could pick up and channel the energy of the masses. Something like that could happen today. Big crises could catalyze that process.

Our responsibility is to start each for ourselves. Let’s start today, and develop our vision about the future, and share that with everyone, wherever we come, and whoever we meet. As Eleanor Roosevelt said: “The future belongs to those who believe in the beauty of their dreams.” And John F. Kennedy: “We have come too far, we have sacrificed too much, to disdain the future now”.

By the way: a good way to start is to go to the nearby MasterPeace concert on Peaceday, september 1st. In 40 countries in the world. The Dutch concert is in Ziggo Dome, Amsterdam. See: https://www.masterpeace.org

For this blog I heavily rely on the article of Marcel ten Hooven in NRC/Handelsblad of August 24.

After the kidnapping – who dares to criticize Israel?

Let me make this clear: the kidnapping and murdering of the Israelian boys is a terrible act for which there is no excuse. I have to make this statement very strongly at the beginning of this blog, because otherwise I shall be accused of partiality, anti-semitism or worse. Hate mail is quickly send and received these days. Therefore I repeat, my opinion is:

the kidnapping and murdering of the Israelian boys is a terrible act for which there is no excuse. I repeat:

the kidnapping and murdering of the Israelian boys is a terrible act for which there is no excuse.

Having said this I’d like to make a few comments. First: in May two Palestinian boys were killed in Ramallah by the Israelian army, for no acceptabele reason. To be honest, that totally escaped me, because the media hardly mentioned it, and it caused no commotion at all. No comments from any official, not from our own minister of foreign affairs.

Secondly, if the parents of the kidnapped boys had chosen to stay in Israel, instead of choosing to live in an illegal colony on the West Bank, their sons would have been still alive. I wonder how one can live with this responsibility. They had a choice where to live, which the Palestinian boys had not. Those boys were living in their own country, whereas the colonists were not.

Furthermore I think the Israelian reaction is totally out of proportion. In the military campaign of trying to find the perpetrators 400 people were arrested, 6 persons were killed (among who boys of the same age as the victims), two houses (of the families of the suspects) were destroyed and their furniture was annihilated. Of course without any form of legal procedure. Then, a Palestinian boy was murdered and incinerated (not by the authorities though). No wonder the Palestinian people revolted. Two things in this process are bewildering me.

One, that after this extreme reaction of revenge the Israelian government still is considering more measurements of vengeance. Secondly, that no condemnation of the disproportionate Israelian reaction is heard. By the Palestinians, yes, but not by the leaders of the world (Obama, the secretary of the UN, EU leaders, our own minister of foreign affairs, diplomats, – nobody), not by Western media, not by anyone outside the Arab world. Yes, the killing of the Palestinian boy is condemned, but there is no disapprobation of the Israelian government (aside from within Israel itself). So far for impartiality and objectivity.

In this havoc of violence there is at least one beacon of peace: the Hope Flowers School for Peace Education in Bethlehem. They try to go on under these very difficult circumstances. They are as a rock in the wild stormy sea. If you want to support them, especially now, then you can help them financially. Many traumatized children shall need their help in the near future. Their crowd funding action is going for just another 8 days: https://onepercentclub.com/nl/#!/projects/more-meals-for-the-hope-flower-school, and their target is not yet reached.

A landmark of Peace in a hostile world.

END_OF_DOCUMENT_TOKEN_TO_BE_REPLACED 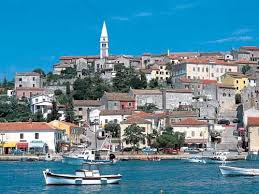