“Could this be it? Might the American Century actually clock out at just 72 years, from 1945 to 2017? No longer than Louis XIV ruled France? Only 36 months more than the Soviet Union lasted, after all that bother? The question sounds preposterous.” (Karl Vick in Time).

After a year of Trump administration and after his presentation in Davos one sees many publications evaluating the first year of his being in office. Most authors who are  opposing his policy – does he have a policy? – come to the conclusion that the damage that Trump is causing generally turns out not so bad as expected. The economy is blooming, , many of President Trump’s intentions are not (yet) executed and he didn’t succeed in getting more than one law through Congress. He doesn’t seem very effective. This is a miscalculation.

In my blog of December 28 I showed the harm caused by the tax reform alone. But 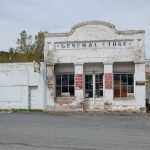 there is much more. Many departments (Environment, Education, Science, Justice) are headed by cynical opponents of their own department. Trump’s most influential adviser (Stephen Miller)  is an extreme reactionary man. Global warming is actively promoted. The Foreign Secretary is driving away professional diplomats. Tenths of reactionary judges are appointed in federal courts. Economic regulation is abolished wherever possible, and so the base is laid for the next financial crisis. Internet neutrality will be deleted, so that the public has to pay more for many services that are free now, and organizations like Facebook, Google and Spotify can make more profit (as you know they can’t make ends meet withy a free internet). Many foreign leaders are insulted and brutalized. The democracy and the constitutional state is in danger. This government is, through social media and with the help of the extreme right press, poisoning the culture of freedom, justice and dignity that so long dominated the American way of life. America is loosing its moral leadership in the world. What is left is brute military power en economic dominance (as long as we in the rest of the world accept the dollar as international currency). So no potential conflict can be solved by negations anymore – only by force or economic suppression.

Who are these people who have no mercy with the poor and homeless, who miss any decency, and are openly or covertly racist. Well, they are the heirs of all of us, who endorsed a culture in which the market and return on investment were the most important values, instead of beauty, brotherhood and unity. Me too: I must confessthat in the recent past I regularly also preferred matter and immediate satisfaction above mind, spirit and a deeper sense of joy and harmony. And even today this sometimes is a difficult choice.😏

Will the democrats win the 2018 an 2020 elections? Maybe, but I am not so sure. They too let themselves corrupt by the present situation. If you use a noble goal – amnesty for the 800.000 ”Dreamers’ –  as a means to obstruct the budget process in Congress, you are doing exactly what the Republicans did during the Obama government: sabotaging. This goal shouldn’t be used to justify the end: obstruction, power play. Then people start thinking: you see: “they are all the same”.

Anyway, let us not be blinded by the people who say: this Trump government is not so serious, not so much of a problem. It is. So let’s stay open and be vigilant. And speak up when necessary. Then maybe not all is lost.