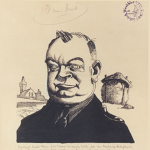 More and more nowadays we are governed by a sort of leaders for whom public applause and/or personal power is more important than anything. They all perform a show, and succeed in labeling every act as a success, even if that is damaging their countries. President Trump is a wonderful example. He is meeting Kim – success! -, is giving away America’s right to do military manoeuvres in the Yellow and Japanese Seas without getting anything in return – successful negotiations! – , is placing children of immigrants in custody – successful immigration policy! – is letting them free after protests – see how empathic he is; success! – , is lowering taxes, thus giving the economy a boast, and raising the budget deficit and damaging the economy in the long run; success! -, is setting import tariffs – America first! fighting unemployment, improving economy, success!, – and is getting export tariffs in  return – trade battle, loosing jobs, damaging the economy, success! -,  is brutalizing Merkel, Xi Jinping – see how undaunted I am, success! – , and so on and so forth. The same is true for European leaders: Salvini (no freemasons in the government; cf Mussolini!), Erdogan, Scholz (I close the German border for immigrants), Kurz (I close the Austrian border for immigrants), Orban (no immigrants in Hungary) etc. They all have in common that they have no compassion and no idea about what is on the long term beneficial for their countries. That is not their interest. Their interest is just showing how decisive and energetic they are, no matter what are the consequences of their deeds. And they succeed: many citizens see them as strong, stout and powerful. At last we have leaders who at least do something. They remind me of another book: Watership Down, in which General Woundwort is exactly the kind of leader I am talking about.*)

We have seen this before in history, and also then the majority of the population was deluded by disguise and false promises, with terrible results.

What as citizens, who see through this facade, can we do? Being aware, speaking up and supporting those leaders who do not fall in this trap. Not becoming cynics. And hoping for the best.

*) As far as I am concerned, the novel Watership Down, by Richard Adams, is by far the best book about leadership I know. A must read for anyone who wants to be leader or manager.