“When they go low, we go high” (Michelle Obama) 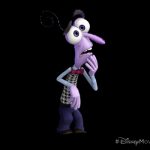 Demagogic leaders, like Donald Trump, are exploiters of fear and anger. The way they do it is outlining a doom scenario and then asserting that they have (or are) the solution. It is exactly what Donal Trump did in his acceptance speech at the Republican Convention, and is doing ever since. It is a well-tried selling technique: telling you have a problem and I have the solution.

This technique is very effective because there is a lot of fear and anger in the society. Fear of the unknown, of the stranger, fear to loose everything what we now have (even if this is very little), and anger about others who have what we don’t have (and are in a seemingly safe position).

How can we defend ourselves against these practices? First of all it is necessary that we realize that there is fear and anger in ourselves. Suppressing it doesn’t help, on the contrary, then it is becoming stronger and can erupt as panic, resentment, rage of even violence. If we can accept that we too are afraid every now and then, it is is easier to take a stand against the threats.

It also helps when we realize that all  fears and angers are connected to the fear of death. That too is the fear to lose everything, the fear of the unknown (does hell exist?), and, when the proceeds of dying is beginning, the envy that others are still safe and sound. So the deepest and most effective way to confront our fears is to confront our fear of death. Some people are fighting against the fear of death by  believing that there is life after death, and that this is proven by near death experiences (NDE’s). But that is esoteric truth, that only is completely convincing for those who had these experiences themselves. Moreover, NDE’s don’t prove that there is a life after death – they only prove that there is infinite non-local consciousness*.

So we have to learn to live with the uncertainties of life and death. We have to learn to accept the unacceptable. This is the highest art of living. We can train it by staying aware of our fears, staying with it, enjoy the moment, and at the same time doing what Michelle Obama said: “When they go low, we go high.” It is developing courage, the force of the heart.

And then, when we are developing courage, we can radiate it out, especially to them who are not as privileged as we are. This, as far as I am concerned, is the way we in the end shall defeat populism and racism. Attractive perspective? The key to this is lying in your own heart.