Our man in Washington. *) 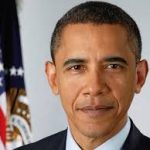 Both in Europe and in the US the prevailing idea about the presidency of Barack Obama was that it was a failure. Many people, democrats, republicans, the general public are disappointed about what he accomplished. This was also my own belief. A false belief, when you come to think about it. He was in fact extremely successful – so much so that we can speak of a presidency of historic significance. Let’s see what he accomplished:

It often is said that his foreign policy was weak and not very successful. But:

There were and are also disappointments. He was not able to close Guantanamo Bay. He is using more drones than ever before, causing many casualties. He intervened in Libya without a plan about what to do afterwards (and this after the debacle in Iraq). He is contributing to the National Security State by giving the National Security Agency almost a free hand.

But all in all: it could have been so much worse. I think president Obama in the end can be compared with presidents like Truman, Eisenhower, Johnson and Reagan as far as his impact is concerned. It would be wise if the democrats would honour his legacy and would be proud of what ‘their’ man has done. It is I think the only way to win the elections in November, not just the election of the president, but the election of the Congress as well.

In the meantime one can wonder why his image is so negative. I think there are three reasons for that. First of all: the image of most Leaders in the world who are in office is negative, especially in democracies. Secondly, the yearlong Republican campaign and obstruction may have had his effect. But most important: he himself created unrealistic expectations by his magnificent skill in public speaking.

Anyway, I myself apologize for the negative image I had of the man. I changed my mind. He is and was not perfect, but by far the best leader we could have in the time just passed. I wonder what will be done with his legacy.

*) Inspired by an article of Frans Verhagen in ‘De Groene Amsterdammer’, April 7, 2016