‘We have come too far to disdain the future now.’ 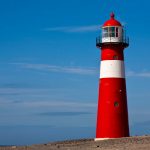 Since the nineties we know that in business organizations can’t work effectively without a collective vision (see f.i. The Fifth Discipline: The Art and Practice of the Learning Organization (Senge 1990). The same is true for countries and nations. But strangely enough politicians don’t seem to know this. They are completely focussed on the short term and on how they can win votes in the next elections.

Already it is said in the Bible, Proverbs, 600 B.C.: ‘Where there is no guidance, a people falls’ (11:14), and ‘Where there is no prophecy the people cast of restraint’ (29:18). This in my opinion is exactly what is happening today, especially in Europe and America. But the question of course arises: what should that vision be and where should it come from?

Proverbs suggest that it should come from ‘counsellors’. However in these days counsellors are  so-called experts, who mostly differ in opinion about where we should go in the future. Anyway, they are not a source of inspiration for a collective vision. Moreover I think that the collective vision should be a shared vision. Otherwise it could never inspire us to move and act in the desired direction.

This is where leadership should come in. One of the last politicians who was not merely a manager but a real leader as far as I know was John F. Kennedy who said: ‘We are all visionaries. Let it not be said of this Atlantic generation that we left visions and ideals to the past, nor purpose and determination to our adversaries. We have come too far; we have sacrificed too much, to disdain the future now.’  Also Barack Obama to a certain extent was a visionary, but unfortunately he lost most of that during his presidency.

Anyway, what we can learn from both presidents, is that a shared vision cannot come into existence without the full participation of a community, that part of the public that feels  engaged and is concerned with the common cause ( the‘caring majority’; see ‘No is not enough’ by Naomi Klein, 2017). So visionary leadership should not only inspire, but also create the conditions for a public dialogue. This is what we need in these times of global warming and so much tension in the world.

Now, if our ‘leaders’ fail to exert this kind of leadership, we have to do it ourselves. If it is not coming top-ddown, it has to come bottom-up. We have to start this dialogue about the future we desire in  our own small communities, and extend that dialogue to wider communities. ‘We have come too far; we have sacrificed too much, to disdain the future now.’