In 2008 Jan Paul van Soest and I published a book (Earth Fever, for Dutch Readers: De Aarde heeft koorts) in which we sketched a scenario in which a limitation of global warming to 2 degrees centigrade wasn’t feasible anymore. We estimated the probability of that scenario as high. At the time  we were criticized and put away as negative pessimists who were blowing up the problem way out of proportion. Unfortunately however, nowadays we appear to have been right. A two degrees scenario is no longer achievable.  Maybe technically and theoretically it still is, but politically and socially it isn’t. A three degree global warming is the best we can hope for, even now, when some shift in the American public opinion concerning global warming seems to happen and, at last, America in the person of Obama, is moving in the right direction. But this is still too little and too late. This conclusion is substantiated by an article of Jan Paul in one of the Dutch papers: Trouw (July 30), and, for those who can read Dutch, online: https://www.trouw.nl/tr/nl/13110/Klimaatverandering/article/detail/4110481/2015/07/30/Wees-eerlijk-twee-graden-opwarming-is-een-illusie.dhtml

Although I like to be right, I’d rather should have been wrong. 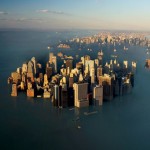 The reactions  to the article of Jan Paul again are predictable: ridicule, denial, refutation, etc. But there are also encouraging and consenting responses. Some think that by identifying  reality all willingness to act will dwindle. Others however, as we ourselves,  are thinking just the opposite. Never a problem is efficiently dealt with by negating it. Looking at reality as it is and having the courage to stay with it, together with others, will release an unknown creativity. In this case we hope that attention will shift from reacting to creating: thinking about how can we  deal with the upcoming world. As Krishnamurti said already ages ago: seeing is acting. So I invite you to join the seeers. Maybe you have to go through some  despair first, but in the end it will make you happier, believe it or not.

Next week I am in a retreat, so no blog that week.