Two roads diverged in a wood, and I—
I took the one less traveled by,
And that has made all the difference. (Robert Frost) 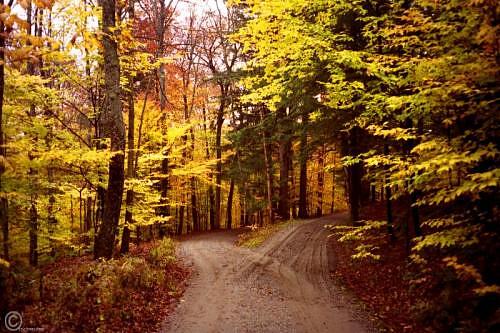 I was sitting in a tram and gave a sign that I wanted to leave at the next stop by pressing the button. Unfortunately the driver didn’t notice and passed the stop without halting. When I went to the driver to point this out, he became angry and started to blame me because I pressed too late. Needless to say that this was not the case, I pressed long before the stop was coming up.

This apparently not very significant incident to me seems characteristic for what is gong on in our society, at least here in Holland. It is hardly possible to give someone feedback, the receiver immediately starts blaming you or someone else or the world, or whatever.  So difficult it is to take responsibility for what one is doing.

The other side of this is that many feel free to scold, swear, blame, malign, abuse anyone who doesn’t one agree with. Especially on the internet (nice and safe), but also in the papers, and especially with regard to those who are doing something, are sticking their neck out (as we say in Holland) or are taking responsibility – in other words: are taking a risk and become visible. For instance politicians. Or teachers. A teacher I know used to leave her bag in the teachers room while going to class. Since a few days coffee is spilled over this bag, and after she closed it better, it is opened and the coffee is poured in the bag, making a mess of her papers and things. This teacher is not aware of any conflict she would have with anyone. It could be a case of racism (the teacher is Surinamese), one can’t tell.

I always believed that when someone is striving for personal development  and is making the effort to know himself, he also would take responsibility and would become more kind and loving. This is because then (s)he has confronted, processed, accepted and embraced the shadow side in himself or herself: painful experiences, not so nice, even shameful, hidden intentions, etc. An unprocessed shadow always comes out in the form of (disguised) aggression, resentment, verbal or physical violence. Processing ones shadow however is painful and requires courage. And in order to receive the benefit fully, one has to go all the way, as deep as one can. That’s why so few people are doing it.  “The person who has the courage to know himself is the warrior of the heart” (Danaan Parry).

Nowadays I wonder. Would it be true that, if people would make the effort to know themselves that they would be more kind, decent and loving? And is getting to know oneself a necessary condition for that? I don’t know. However, I don’t know a better way to a more dignified and considerate society. So the question is: how do we convince and encourage people to go for personal development, and what can we do to provide the facilities (teachers, groups for support) for that?

(I apologize for mistakes in my English. Blogs are cursory – not stuff for correction by a native speaker)