A few days ago my central heating broke down. I don’t have my own central heating boiler, but I am connected to district heating. So I called the energy company – late in the evening – and got a very friendly lady at the phone, who took the time to find out, together with me, what was wrong. She gave me some instruction about what to do, while she was hanging on, but because that was not working she had to conclude that it probably was not a problem in the system itself, but that the thermostat broke down. Unfortunately that was my own device, so I called  – it was in the mean time late at night – an installation company and got a very friendly gentleman at the phone, who took elaborately the time to find out what was wrong, gave me some advice, but then said I had to call back in the morning to make an appointment.  When I did that in the morning, the installation company advised still to call the energy company a second time, to avoid unnecessary costs. That company employee again was very friendly, the mechanic came immediately, replaced a part – just to be sure, he said – and concluded that indeed the thermostat was down. So I called the installation firm once more. However, they were completely fully booked for the day, and could only come next day in the morning. So I called another firm, who could send a mechanic immediately. He replaced the thermostat and that was that.

A few weeks before this the ball-cock of my toilet broke down. A very kind mechanic could come immediately and replaced it. A few months before that my modem broke down. I called the internetprovider and a kind and patient man took the time to find out wat was wrong, and discovered the problem by distance measurement. I could get a new modem (for free) immediately from a nearby shop, or they could send it to me. I chose the latter, and while the conversation was still going on the thing was already sent off. He gave me clear instructions about how to install the new modem, which I did the next day and everything was working fine

You now probably wonder why I bother you with all these details about my petty little discomforts, annoying as they may be. That is because I want to share with you that I was struck by the kindness and friendliness of all the people involved. They all were patient with a a non-technical old fellow like me, took elaborately the time, only charged when equipment in fact had to be replaced. The energy company and the internet provider charged nothing at all. 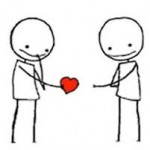 When in a society in which racism, violence, stupid politicians and false political and religious prophets dominate the news; in which “humanity is losing its humanity little by little; bomb-by-bomb, bullet-by-bullet, political policy-by-policy” (to quote Carolyn Myss) , these forms of friendliness, kindness, patience and service are still the practice, I think there is still hope. “somewhere in our wicked, miserable past there must have been a moment of truth . . . we must have done something good” (loosely quoted from  The Sound of Music).

What is good, what is evil? These kind of questions are the principal theme of the philosophy of ethics. Traditionally there are two sources of answers: the ethics of virtues and the ethics of duty. In the former (Aristotle) virtues are character traits that result in positive choices, choices for the ‘good’. These character traits can be learned. Therefore a person has to know him- of herself. Examples of virtues are the so called cardinal virtues: courage, modesty, discernment and fairness. Still unanswered then is the question who determines which virtues are good and which character traits are bad.

On that question the ethics of duty provides an answer. Good is doing to others what you want that others do to you (and evil then is the reverse). This  so-called Golden Rule is formulated initially by Pittakos of Mylene and Thales of Milete (around 500 B.C.). It also comes close to the concept of reciprocity of Confucius and to what Kant calls the categorical imperative. And it also comes close to Ubuntu philosophy: good is to promote the wellbeing of (the) other person(s), even if this means neglecting ones own wellbeing.  This is an inner prescription about what you should do in a given situation. However, even in this case, the answer to the question: ‘what is good?’ is not always clear. Especially it leaves one empty-handed in situations where societal behavior is required. For instance it doesn’t give an answer to questions like: for what party should I vote, or what product should I buy?

Therefore I prefer an ethics of autonomy (the term is from Paul Cliteur, 2007). The ethics of autonomy requires that one listens to the inner voice, the still, small voice of calm that nevertheless can have the force of a hurricane, completely devastating one’s carefully built-up belief structure. So there is only one place where one can find out what is good or evil behavior in a given situation: one’s self. That, like with the the ethics of virtue, also requires a lot of self investigation, even more so, to find out what is in the way of listening to this still small voice of calm. Maybe it is our indolence or fear.

We live in a world of opposites, an antinomial world. Therefore, there is no good without evil. So we cannot find the good within ourselves without bringing our evil to light. Said otherwise: bringing light towards our shadow. Only when we know our malice, we are free to choose what we are going to do with it: acting it out or embracing it without acting. This last possibility will help us not to judge and not to think in terms of we-and-they. As far as I am concerned that is worth the try.

The meaning of Good Friday

Why is Good Friday called Good Friday? After all it is the memorial day of a terrible incident: the crucifixion of Jesus. But for religious people also something very special was happening: by his self sacrifice Jesus has redeemed humankind from sin. And that one could call very good indeed (Some sources however claim that Good Friday is deducted from God’s Friday. I stick to the first meaning). Unfortunately this cannot be true. Look around you, and we see sin and evil everywhere.

I see Good Friday rather as a metaphor for the going hand in hand of good and evil. The evil of Good Friday is clear enough: the conviction and killing of an innocent man, whose only fault was that he stayed with his faith. The good thing was that a man kept his integrity, no matter what. Some see this as madness, but I see it as extreme courage, even considering that he found support in his faith.

Both these manifestations of human life, good and evil, can be seen in affluence today. One can see these life forms all around us, and also in ourselves. It is worthwhile to search for these forces in ourselves, because (self-)knowledge is power: the power to choose between good and evil. Good Friday (like the Thusrsday before and the Saturday after it) is a good opportunity to investigate these forces in our meditation and prayer. Listening to one of the great Passion compositions, at home, in the church or in the concert hall,  may be a great inspiration. 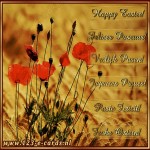